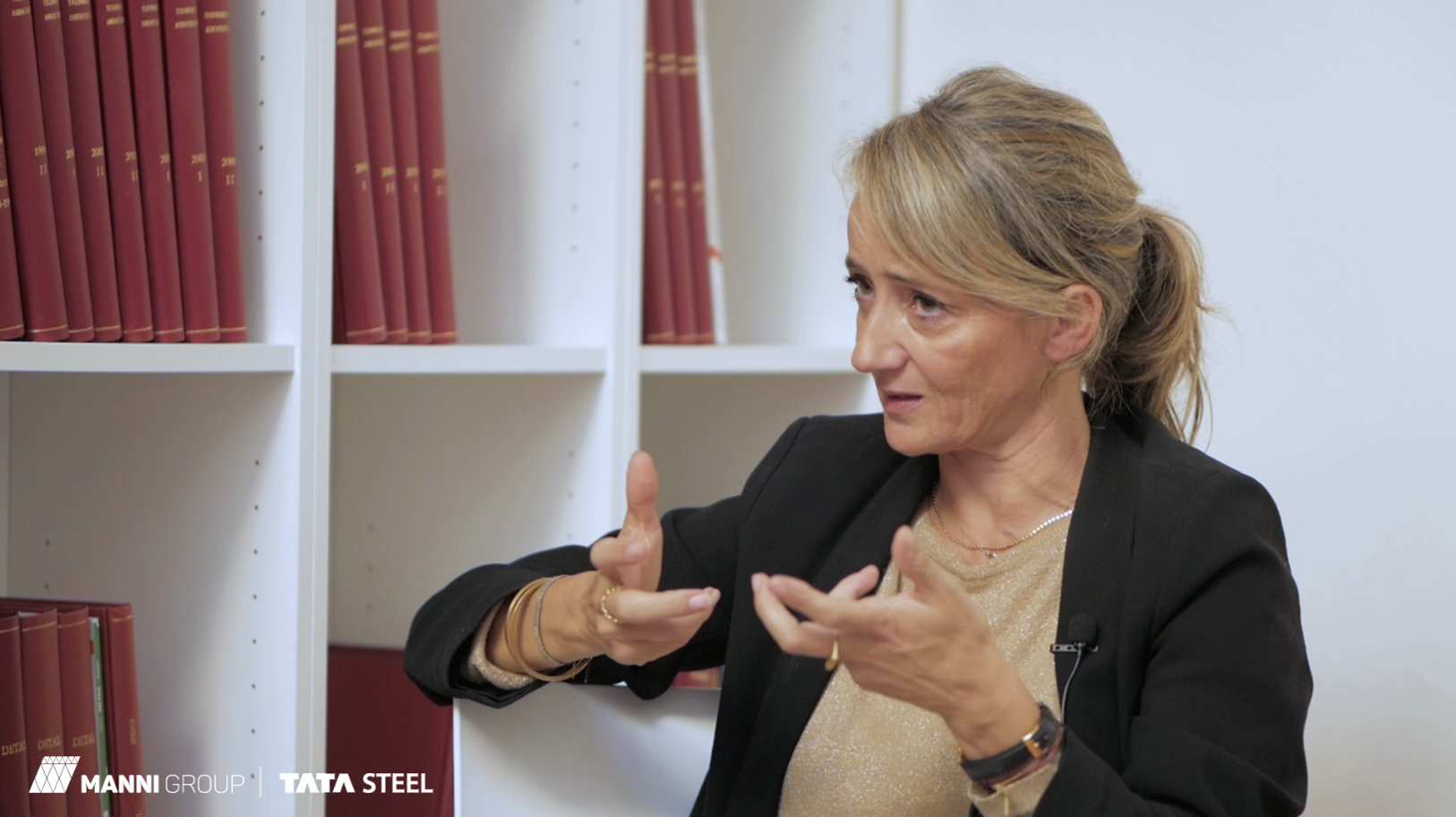 Manni Group has always paid attention to dialogue and exchange with the world of architecture, with the aim of sharing a philosophy that goes well beyond the concept of Construction. The aim is to create a new concept of space that is innovative, sustainable, and directed towards the well-being of the people who experience the building.


The collaboration of Manni Group with YAC - Young Architects Competition T- continues: the Group has become the main partner of the advanced vocational training courses of YACademy.

On the occasion of the new edition of YACademy (2020-2021), Manni Group decided to interview big names of architecture.

The stars of the cycle of interviews by Manni Group are leading names in the world of architecture.

The first to open this cycle of interviews is Livia Tani, Project Leader of Ateliers Jean Nouvel, one of the most famous architecture firms in France, with headquarters in Paris. It has offices in Paris, Barcelona, Madrid, Geneva, and Rome.

Livia Tani started working for Ateliers Jean Nouvel in 1997, to then join the Rome AJN team in 2001. She has designed and built various projects, among which Kilometro Rosso (from 2001 until its inauguration in 2008). Her professional experiences include international architectural projects.

Ateliers Jean Nouvel is one of the most famous architecture firms. The projects undertaken by the firm have been, and still are, varied and diverse: from museums and concert halls, convention centres, buildings dedicated to culture and art, all the way to offices, residential buildings and shopping centres.

The style and design of AJN can be seen in all their architectural designs: on their completion and introduction in an urban context, they become examples of how even things we believe to be inanimate - as buildings are - can actually be the soul of the context in which they are inserted. In fact, whenever AJN is mentioned, its designs are referred to as great urban events.

Before moving on to the interview with Livia Tani, we would like to focus on some of the most important projects built by the firm.

The projects we have just mentioned are only some of the best-known ones. If you visit Project section of the AJN website, you can discover all the projects they have created.

The work of Jean Nouvel is recognised and appreciated around the world, for his incredible ability to create true architectural works of art that work in perfect synergy with the contexts in which they are inserted.

The most important awards won by Jean Nouvel include:

Atelier Jean Nouvel boasts international recognition precisely for the construction of architectural projects around the world, such as the National Art Museum of China (NAMOC) in Beijing, the Louvre Museum in Abu Dhabi or the National Museum of Qatar in Doha, and many more noteworthy projects, seen the world over as true urban works of art.

At the centre of the architectural works of AJN lies a close relationship between the programme, the specificity of the context and the building. Everything is important when a building is being built; a building is never just an end in itself or the means of achieving an end, but instead is an expression of the beauty of the art of architecture and of the love for its location: it forms part of a whole.

Manni Group: From the Emirates to Miami, AJN boasts projects around the world; what are the main differences between European worksites - where emphasis is often given to pre-existing buildings and the links with history - and worksites in other parts of the world? Such as those of the museums in Qatar?

Livia Tani: Our firm’s work is closely linked to the culture of the place and to the landscape. Our designs in Asia are not the same as those in Miami, in the Arab Emirates, or in Italy.

We must, therefore, “read” the culture and the client, with the aim of creating a sense of belonging at the location. We study this aspect very much in depth.

In my experience, over time I’ve noticed a change in the regulatory contexts, with regard to energy or personal protection (such as balustrades, parapets, etc.). This evolution conditions the way architects express themselves, as they must respect the various commitments related to the historic context or to the pre-existing buildings on site, in certain cases; in other cases, there are environmental or energy-related restrictions to take into account.

Manni Group: Speaking of projects with an international character, the Abu Dhabi Louvre is one of the most iconic and innovative modern projects in terms of technical experimentation built by the firm: we would like to know the most important technological challenge that you had to deal with during your collaboration with AJN.

Livia Tani: There are two kinds of challenges.

There have been process challenges, i.e. managing to overcome all restrictions related to the context. At other times, we have faced challenges of a structural or technical nature.

We worked on a factory for an important Italian undertaking, where the loads to be borne by the structure were very high and had to be managed during the design, because different needs cropped up. We had to be able to work together as a team under great time pressure.

It’s probably this challenge that we most often face: the ability to respond to similar cases in unison, as a true team.

Manni Group: The architecture of AJN is lucid and rigorous planning of the user’s perception experience: how much does the use of offsite industrialised production affect the running of the worksite when it comes to obtaining the high-quality results that JN expects?

Livia Tani: I have a rather fantastic reply: prototyping.

Let’s start by saying that I don’t mean a Mock up (a term that creates confusion), but a prototype, that we build one by one, as if it were Item 0, before building the worksite.

Building Item 0 means that the architect, the cost, the client, the manufacturer, everybody must agree on that piece of façade that we are going to build.

In this sense, the prototype can also be understood as a qualitative indicator for reference. This performs a dual task: on the one hand, it takes care of sensorial checks, like colour; on the other hand, it allows us to agree on manufacturing times, especially when two undertakings work together and must collaborate.

Manni Group: Did you follow the same process also for the Louvre museum in Abu Dhabi?

Livia Tani: Let me start off by saying that I didn’t work directly on the project; it was other, well-known colleagues of mine who did.

In that case, the prototyping involved the decision to build an entire building in the desert, with a piece of roofing at the actual height at which it would have been actually built subsequently, with the aim of performing tests to check the lighting design.

Not only did they create a prototype, but they did it by actually constructing a building.