GREEN ROOF, A SOLUTION THAT MAKES THE ENVIRONMENT AND OWNERS HAPPY

What are the environmental and economic benefits of a green roof?

Nature is our ally in dealing with and solving environmental issues thrown up by urbanisation and overbuilding.

One technique that can be used to bring nature into construction: Isopan-Daku Green Roof.

Green infrastructures have features designed to obtain environmental, social and economic benefits. They are permeable surfaces and their interpretation by Isopan-Daku is gaining a foothold, also in Italy.

The use of this technology has multiple environmental benefits: decrease of urban heat, reduction of the building’s energy requirements, better rainwater management.

Green roofs are relatively simple to build and do not require significant deviations from the consolidated practice. The materials used for this type of construction are available on the market and have a long history of use, which gets longer every year.

The idea of the usefulness of cities built on a human scale, where the concept of modernity is painted green and does not rely upon the indiscriminate use of concrete, is becoming popular.

The goal of incentivising sustainability and increasing energy savings is changing the face of cities.

The Isopan-Daku green roofs can help counteract the effects of climate change. Vegetation in cities produces oxygen, regulates the humidity in the air, brings down fine particles.

In fact, areas covered in concrete are not able to absorb rainwater. The situation becomes even worse in the case of very intense events, which have become much more frequent due to the planet overheating.

The benefits of green roofs, therefore, go well beyond their pleasing appearance.

The primary function of this solution is to reduce the runoff effect, the surface flow of rainwater.

This important goal also focuses on the fact that the water is intercepted by the plants and filtered through the stratigraphy of the living roof. This passage slows down the water flow and reduces the chances of flooding. The water flows towards the disposal system more slowly and consistently.

Violent weather events, such as “water bombs”, can thus be mitigated with technologies that are already available and have been widely tested on the market.

It is possible to apply green roofing on pretty much all roofs, given the low weight with which it can be built.

The air over cities is warmer than in open spaces, due to the “heat island” effect.
The heat absorbed and generated by buildings, roads, vehicles can lead to an increase in temperature by as much as 10°C compared to less urbanised areas.

The vegetation of green roofs mitigates the microclimate, as it is able to change radiation flows and, thanks to evapotranspiration, consumes heat and cools the air that comes into contact with the vegetation.

The same process of evapotranspiration is also responsible for the reduction of pollutants in the air. When the leaves transpire and absorb CO2, they also adsorb gas pollutants, which are then metabolised by the plant.

It is estimated that one square metre of green roof can remove up to 0.2 kg of particles suspended in the sky every year.

The environmental benefits translate into economic benefits. Green roofs are a way to render buildings more efficient, both with regard to insulation and where duration is concerned.

Vegetation on the rooftop acts like a protective mantle that shelters the building from sunlight, precisely on its largest and more exposed surface.

Therefore, especially in warmer seasons, the thermal insulation of a building with an Isopan-Daku green roof guarantees better performance. In fact, the mass of the growth medium is characterised by high thermal inertia.

This makes for lower energy consumption, both in the summer, by reducing the energy load for air conditioning, and in the winter, by preventing heat from dissipating.

Hanging gardens, combined with photovoltaic systems, creates a synergy that improves the performance of the energy generation system, as it lowers the environmental temperature.

Living roofs also have direct benefits for the building. In fact, the stratigraphy used to build the Isopan-Daku green roofs prolongs the life of the roof itself, compared to a standard roof with waterproofing.

The surfaces last longer because they are protected from mechanical damage, sun rays, temperature fluctuations, and weathering. 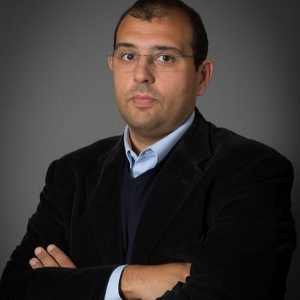 Isopan expert with more than 10 years’ experience in the dry construction sector. Architect Cesare Arvetti supports leading architectural and design studios to identify the solutions that are best suited to the needs of individual projects.

How can industrial buildings achieve fire resilience with stone wool-insulated sandwich panels?
Ghana Innovation Farm: the third edition of the Manni Group Design Award looks at the development of the Cold Chain in Africa
GUARANTEES – WHAT ARE THEY GOOD FOR AND WHAT TO LOOK FOR?
Pre-finished steel – what are the benefits and what is important to consider?