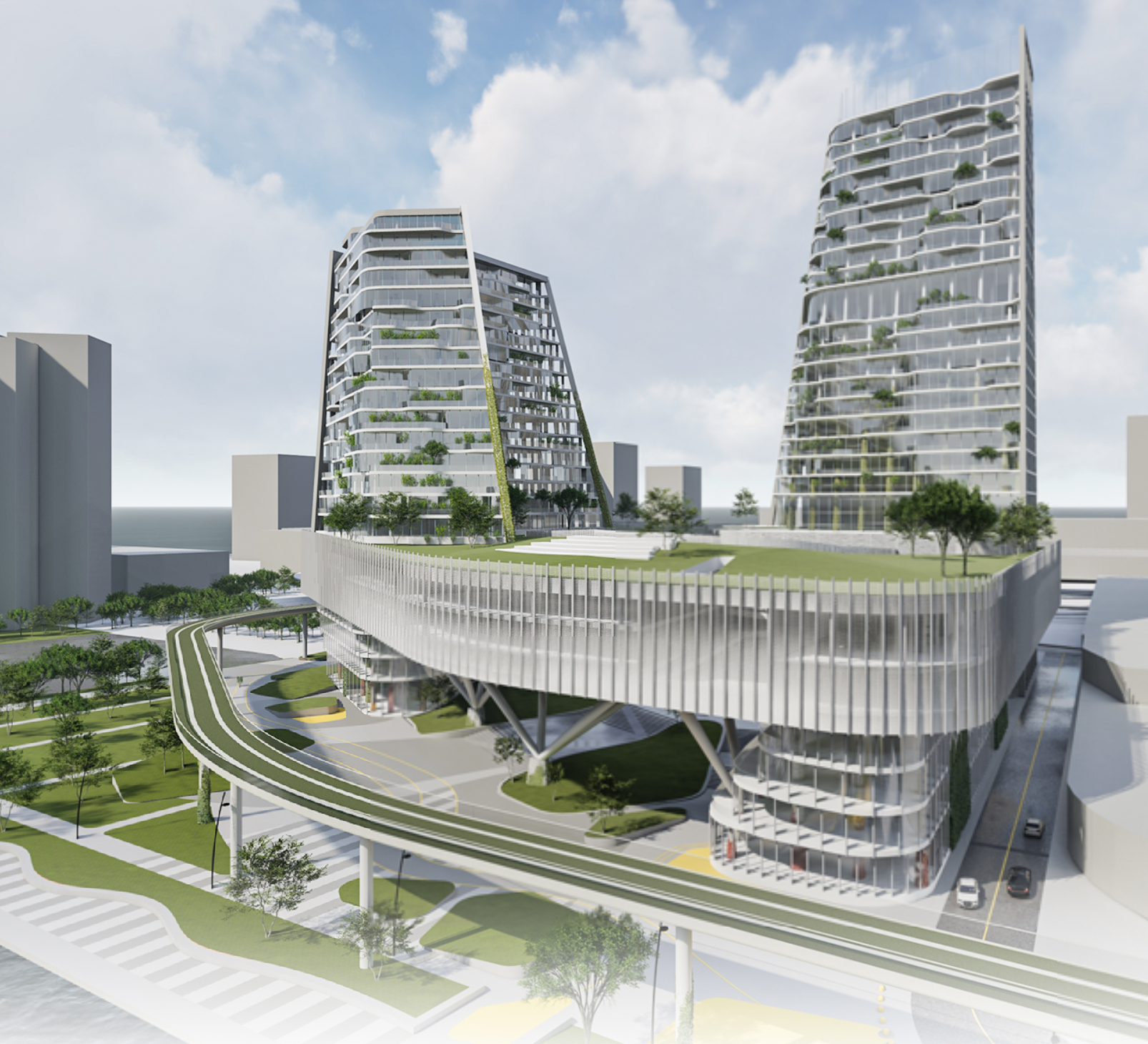 The Manni Group Design Award has awarded the Ukrainian team the “Ventilated Façade” GOLD Mention: the design for the new sustainable complex along the Detroit River features an interesting integration of ventilated façades.

Two vertical volumes with a hotel and a residence, a horizontal volume for offices, connected by a courtyard and a terrace garden: the new district along the Detroit riverfront is connected to the city and offers a breathtaking panoramic view of the opposite Canadian bank.

The new Detroit Waterfront District is the theme of the second edition of the Manni Group Design Award, the international architecture competition promoted by Manni Group in collaboration with YAC – Young Architects Competition and Sterling Group. 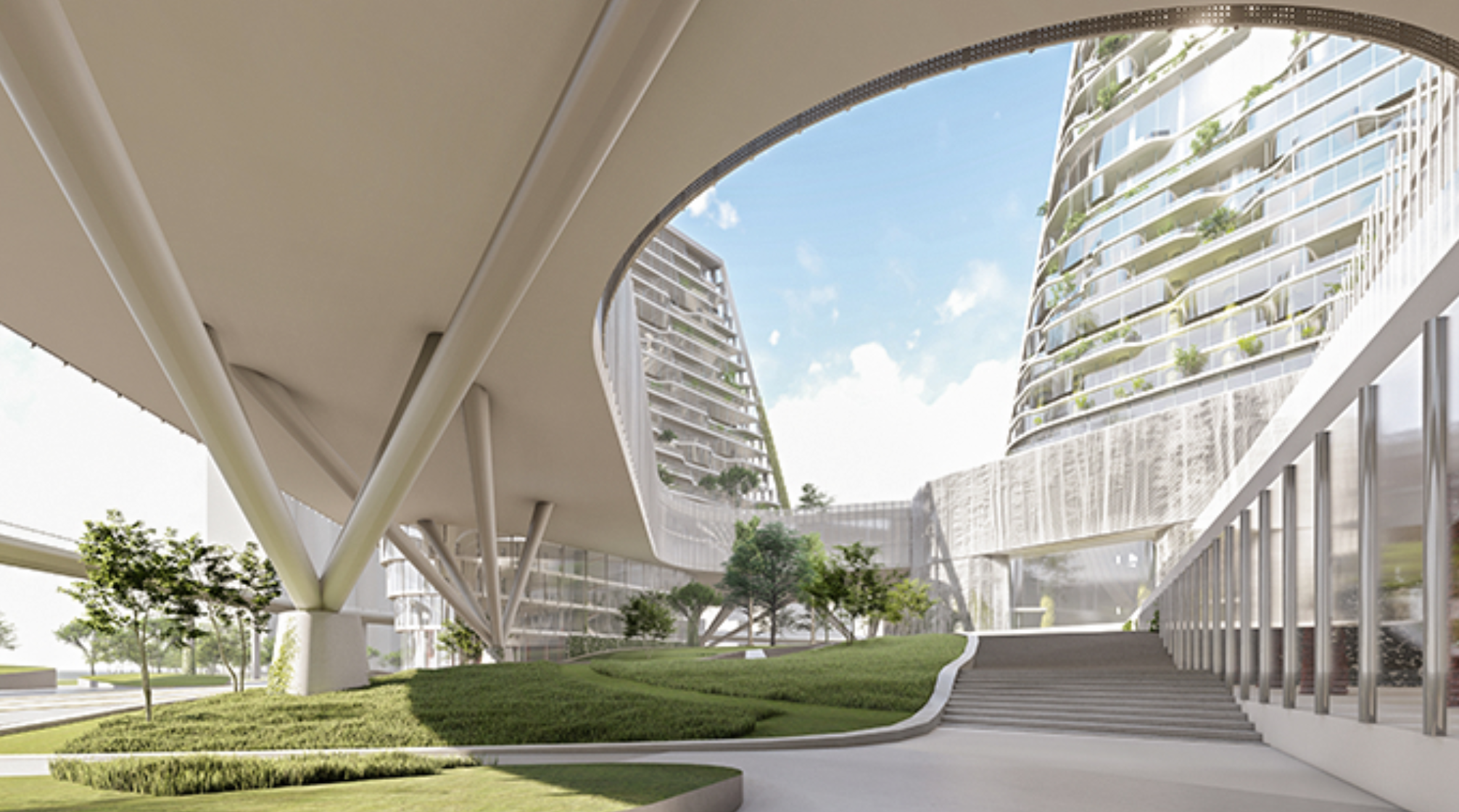 Detroit is one of the most innovative hubs in the United States, packed with skyscrapers, highways and trendy waterfront districts. And yet, it is still the largest metropolis in the US not to have an adequate public transport system. The massive flyovers were actually designed to take people to the outskirts of the city as quickly as possible, and not to create urban communities.

For the Detroit Waterfront District, the Ukrainian EASY team envisions an architectural space that is partially isolated from the flyovers to the north and that opens up to greenery and water to the south, creating a combination of several volumes that serve different purposes. The two vertical volumes house a hotel and a residential area: the two towers are laid out in such a way that takes into account sunlight conditions and reduces the amount of shade for each of them, but they will also offer spectacular views of Detroit’s city centre, the coast and the US border on the opposite side of the river.

The hotel tower, to the north-east of the site, is closer to the city and is the key element of the project, which is set to become a prominent and distinctive landmark. At its base lies the entertainment centre, with a concert hall, cinema and, on the top floor, a museum on the history of Detroit, which leads up to the panoramic terrace with roof garden built with the GreenROOF system.

The residential tower is home to long-term residents, which is why it is located to the south, closer to the water and away from the hustle and bustle of the city.

A distinctive feature is the way in which EASY deals with the business area within the project, which is rather unconventional for Detroit: instead of creating a third vertical volume, the office space is laid out horizontally along the perimeter of the site, partially raised from the ground in order to allow easy access to the complex’s courtyard. The load-bearing structure is made using Manni Green Tech’s Light Steel Frame technology, clad with the ARK WALL ventilated façade system and covered with Isopan’s green roof solution.

The courtyard is the beating heart of the complex: a meeting point between external visitors and shops, showroom, restaurants and other entertainment venues. The courtyard is also directly connected through ramps to the panoramic level on the green roof of the office space, which is open to the public.

The EASY project will also focus on improving urban mobility: the existing flyover is set to become a preferred route so as to encourage people to use bicycles and personal electric vehicles, connecting the new riverfront district to Detroit’s city centre. 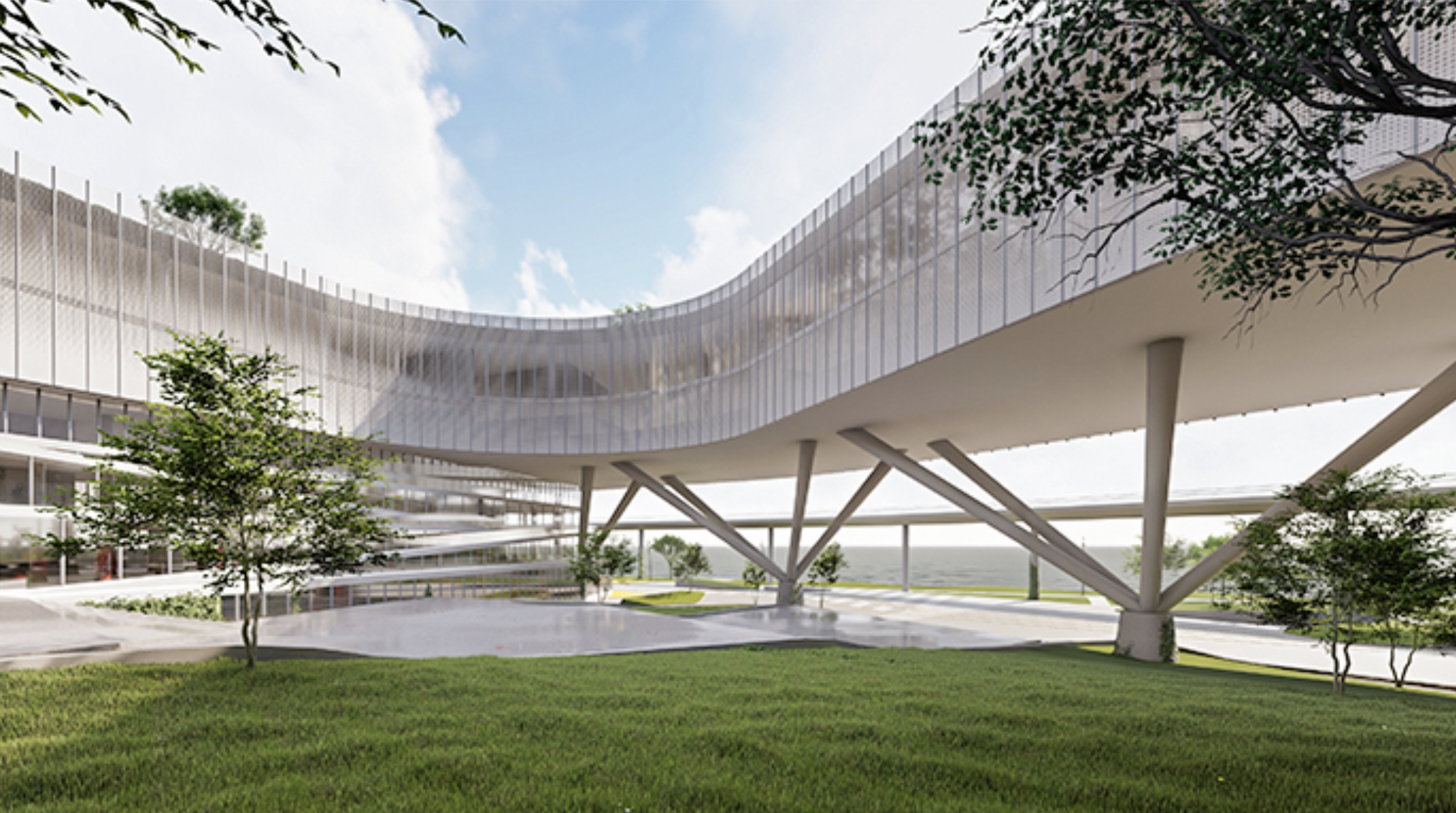 The reason for the Ventilated Façade GOLD Mention? For Isopan, it is linked to the interesting way in which a ventilated façade solution has been integrated into such an impressive building, also from a vertical perspective.

In fact, the offices in the workplace area are located in the horizontal part of the complex thanks to the use of Isopan’s ARK WALL ventilated façade system, with expanded metal cladding: this visually separates the interior from the exterior in a subtle way. The architectural volumes have also been slimmed down thanks to the many green spaces integrated into the project.

GUARANTEES – WHAT ARE THEY GOOD FOR AND WHAT TO LOOK FOR?
Pre-finished steel – what are the benefits and what is important to consider?
VOC Air on the side of caution
Ventilated Façade: Gold Mention of the Detroit Waterfront District contest awarded to EASY