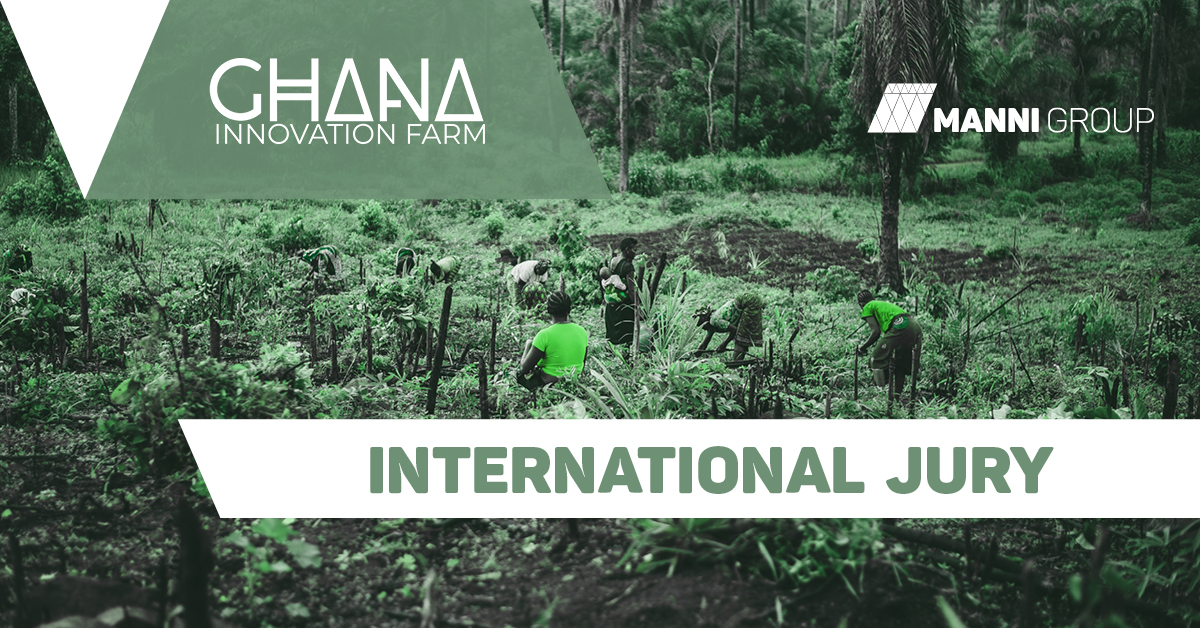 12 judges of 7 different nationalities: the panel of the third edition of the Manni Group Design Award is made up of globally renowned architects and representatives of the world’s leading players in the cold chain industry.

The call for ideas announced by Manni Group in collaboration with YAC - Young Architects Competition is calling on architects and designers from all over the world to design the GHANA INNOVATION FARM, a cold chain logistics hub for the Western and Central African food supply chain, which will also serve as a state-of-the-art training centre to help farmers create new business opportunities.

In addition to conceiving a sustainable cold chain system, special attention is being paid to the design of the project, which has to combine technology with tradition and introduce modern elements by drawing from vernacular architecture. For this reason, the panel selected to judge the proposals includes representatives of some of the most prestigious international Architecture Studios, which have already put to use their knowledge for the creation of socially impactful projects in the past: Manni Group is therefore pleased to present the starchitects of the Manni Group Design Award 2021 panel. 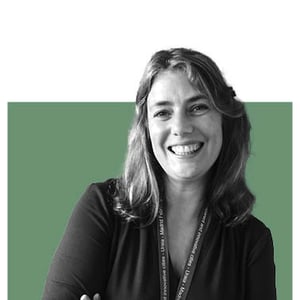 Diana Lopez Caramazana, UNDP United Nations Development Program. Born in Valladolid (Spain), she is a graduate of the University of Granada in Political Science and also holds a MSc on Public Service Management by the University of Birmingham (UK). Diana has dedicated more than 20 years of professional life to the importance of local governments in development and the essential role they play in providing public services, promoting opportunities, increasing democracy and achieving sustainability. She is currently Partnership Specialist on Cities and Urbanization at the United Nations Development Program in New York. In her previous positions at the UN, she has been Head of Local Governments and Decentralization at UN-Habitat in Nairobi and worked at the International Labour Organization on issues related to local economic development, international migration and employment creation. For the past 10 years, she has been involved in the local implementation of the global UN agendas such Agenda 2030, New Urban Agenda, Climate and Financing for development.

Eduardo Souto de Moura, Souto de Moura Architects. A Portuguese architect, he studied architecture at the School of Fine Arts in Oporto, receiving his degree in 1980. Before that, from 1974 to 1979, he had collaborated in the architectural practices of Noé Dinis and Álvaro Siza. A professor at the Faculty of Architecture of the University of Oporto, in 1980 he opened his own practice. He has attended numerous international seminars and conferences and lectured at the architectural schools of Paris-Belleville, Harvard, Dublin, ETH-Zurich, Lausanne and Mantua. His design approach is focused on practicality and is devoid of abstraction, emphasising simplicity and the use of recovered materials and traditional techniques. Some of the works that best reflect his philosophy include: the Knowledge of the Seas Pavilion at Expo 1998 in Lisbon and the Portuguese pavilion at the Expo 2000 in Hanover; the conversion of the customs building into the Museum of Transport and Communication in Porto (2002); the municipal stadium of Braga (2004), the Contemporary Arts Centre in Bragança (2008), and the Chapel for the Holy See Pavilion at the 2018 Venice Biennale of Architecture. In 2011, he won the prestigious Pritzker Prize and, in 2018, he received the Golden Lion at the Venice Biennale of Architecture. 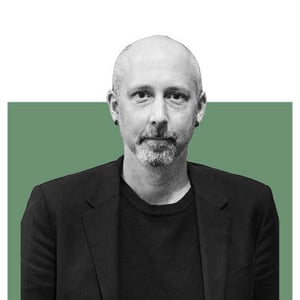 Andreas Fries, Herzog & de Meuron. In 2002, he obtained a degree in Architecture from ETH Zürich and completed an exchange programme at the EPFL in Lausanne and at the Polytechnic University of Milan. In 1999, he began working with the Basel-based Herzog & de Meuron, and, since 2002, has been collaborating on various international projects at the firm’s office in Barcelona. He has been a partner of this prestigious Swiss architecture firm since 2011. Some of the projects he has worked on include: Asklepios 8 in Basel; Vitra Schaudepot in Weil am Rhein, Germany; Feltrinelli Porta Volta in Milan; Stadtcasino and Helvetia Campus in Basel; Hangzhou Factory Transformation in China; Iglesia en Ciudad Juarez in Mexico; SongEun in Seoul, South Korea. 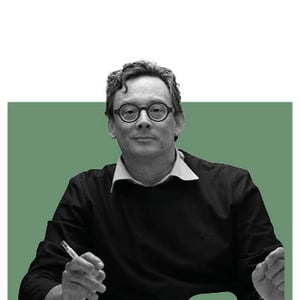 Giancarlo Mazzanti, El Equipo Mazzanti. Born in 1963 in Barranquilla, Colombia, he graduated from the Pontifical Xavierian University in Bogotá and then received a postgraduate degree in History and Theory of Architecture and Industrial Design from the University of Florence, Italy. He has taught at several Colombian universities and at some of the most prestigious US universities, such as Princeton University and the Harvard Graduate School of Design. He founded El Equipo Mazzanti, a design studio with more than 25 years of experience in national and international projects: some of the most outstanding projects in Colombia include the International Convention Centre, the Spain Library Park and the Medellín Sports Coliseum for the South American Games in Medellín, the El Porvenir Kindergarten in Bogotá and the Timayui Kindergarten in Santa Marta. The studio’s work stands out for its multidisciplinary approach, which has resulted in the creation of iconic public and private buildings that have garnered international awards due to their ability to bring about social and urban renewal. El Equipo Mazzanti creates unique pieces that stir pride and a sense of appropriation among local communities, and thus become actual symbols that are fully in line with the highest standards of sustainability and bioclimatic design. In 2008, Giancarlo Mazzanti won the Ibero-American Architecture and Urbanism Biennial in the “Best Architectural Work” category, and the Pan-American Architecture Biennial in the “Architectural Design” category. In 2010 he won the Global Award for Sustainable Architecture. In addition, the MoMA in New York and the museum Centre Georges Pompidou in Paris chose to exhibit his works in their permanent collections. 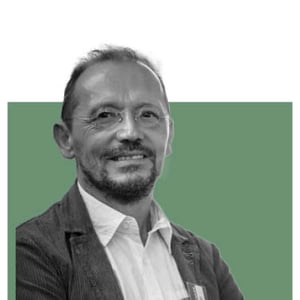 Raul Pantaleo, TAMassociati. He was born in Milan and graduated in Architecture from the Iuav University of Venice. He is one of the co-founders of TAMassociati, a Venice-based practice specialising in Impact Design. He has been a professor at the faculty of Architecture of the University of Trieste since 2019. Some of his projects in Africa, both ongoing and completed, include the Salam Centre for Cardiac Surgery for the humanitarian NGO Emergency in Sudan, which won the 2013 Aga Khan Award for Architecture; the Children’s Surgical Hospital, with Renzo Piano, in Uganda; health buildings in Darfur, Sudan, and in other emerging countries. Along with TAMassociati, in 2014 he won Best Italian Architect of the Year. In 2016 he was a member of the team curating the Italian Pavilion at the 15th International Architecture Exhibition at the Venice Biennale. 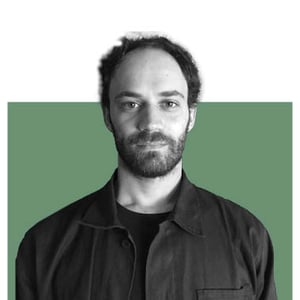 Giuseppe Grant, Orizzontale. Born in 1987 in Caserta. After studying at RWTH Aachen University, a technical university in Aachen, Germany, he went on to graduate from the “Valle Giulia” Faculty of Architecture at the Sapienza University of Rome. From 2012 to 2013, he worked with Collectif EXYZT on temporary architecture projects. Since 2011 he has been a member of Orizzontale, an architecture firm/lab in Rome, with whom he has been working all over Europe on experimental projects focusing on architecture, urbanism, public art and DIY practice. He has received multiple awards including the Young Talent of Italian Architecture 2018 award from CNAPPC (National Council of Architects, Planners, Landscape Designers and Conservators), YAP MAXXI 2014 promoted by MAXXI Rome and MoMA NYC, and RomArchitettura (2015-2017) promoted by INARCH (National Institute of Architecture). Since 2017 he has been working with the London Metropolitan University on a research project that explores the repopulation of abandoned historic centres and new migrations. In 2019 he designed several facilities for Ludovica Carbotta’s MONOWE project, presented at the International Art Exhibition of the 58th Venice Biennale, entitled “May You Live in Interesting Times”.

To participate in the GHANA INNOVATION FARM contest:

Participation: individuals or teams of architects of any nationality, as long as at least one component is under 35.

Deadline for sending in projects: 19 January 2022

For further information or to request support, contact YAC at yac@yac_ltd.com.