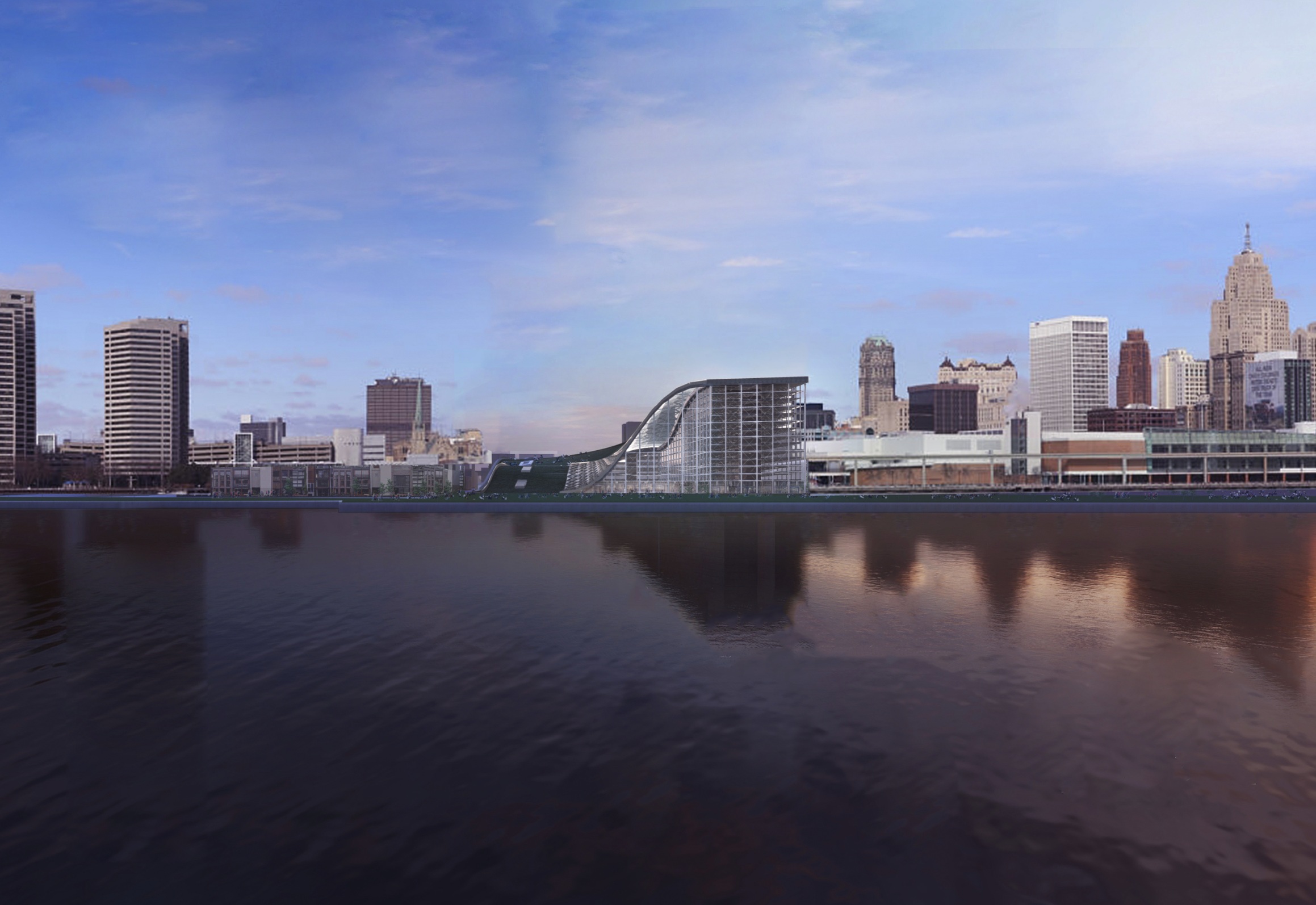 Manni Sipre and Manni Green Tech awarded The Foundry the GOLD Mention 'The Power of Steel' for its innovative use of steel throughout the structure of the new Detroit Waterfront District.

A sinuous, ethereal body redesigns Detroit's skyline: on the site of the former Joe Louis Arena stands The Foundry, the steel and glass heart of the new leisure district overlooking the river.

The Power of Steel rewards the use of steelwork in the Manni Group Design Award, the second edition of the international architecture competition promoted by Manni Group in collaboration with YAC - Young Architects Competition and Sterling Group. 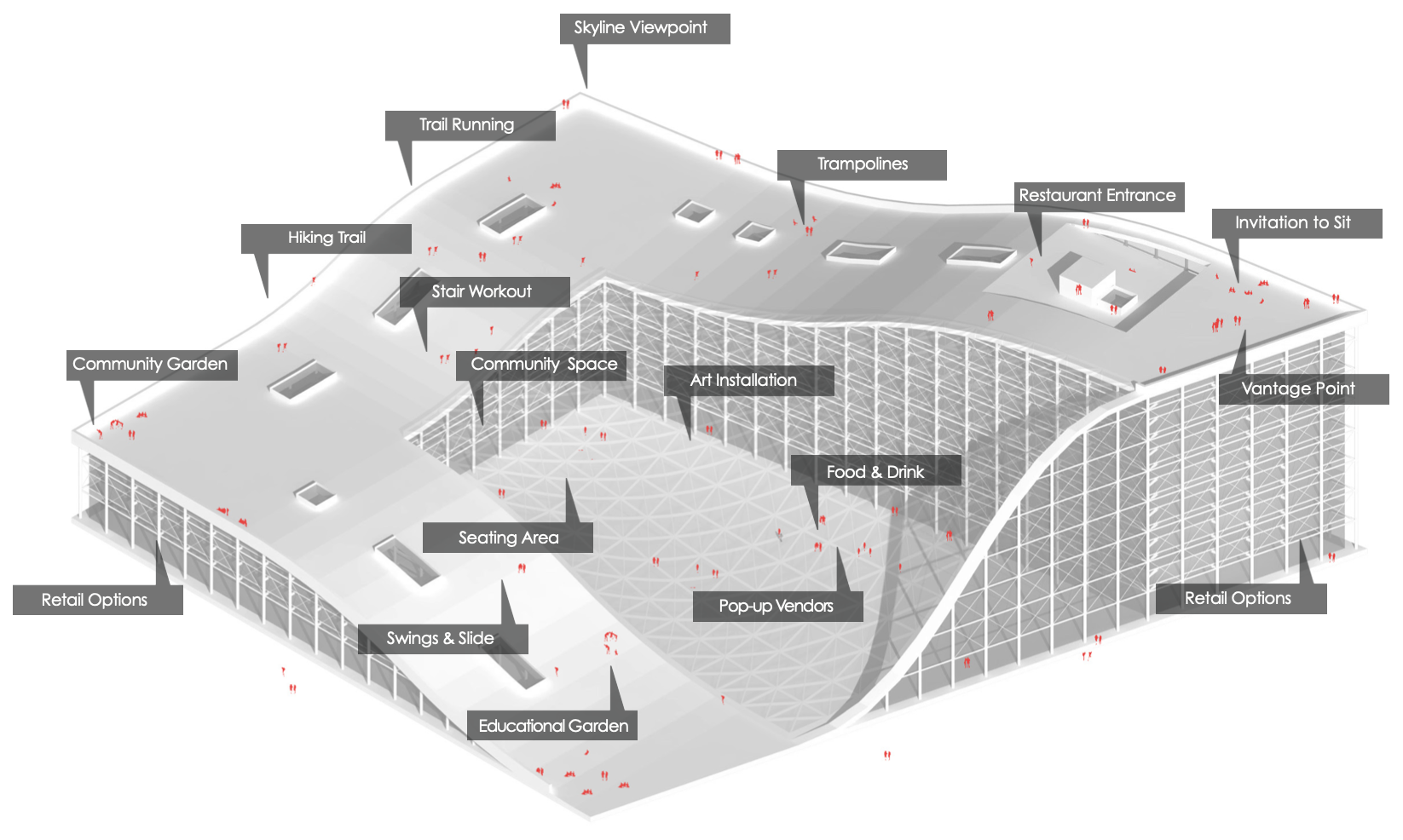 Detroit's rise as an economic power is linked to the automotive industry, which turned the metropolis into a world-class giant at the beginning of the 20th century but, after a long decline, declared bankruptcy in 2013.

The crisis and the gradual depopulation of many areas have widened the socio-economic gap between the communities living in Detroit: that is why it is more urgent than ever to build resilient districts, cultivating an ecosystem of socially connected communities, diversifying the local economy, reconnecting with nature, and inviting residents and visitors to rediscover the city.

Although the contest brief calls for the design of a luxury district, this alone will not guarantee a quality environment for residents. It is on this concept that The Foundry project is based, proposing the creation of a mixed-use district adjacent to the site but integrated into the urban fabric so as to diversify the poles of attraction and encourage social interaction. Only by giving residents a reason to stay and return will the Detroit Waterfront District benefit from long-term vitality.

Many architectural references inspired the team, but from a structural point of view, the model is undoubtedly the Centre Pompidou in Paris. Although it is an imposing building with very large bays, the steel mesh and the composition of the façade appear light.

In designing The Foundry, architects incorporated the materiality of a modern steel and glass structure into the building, paying homage to Detroit's history of steel production.

The Power of Steel

Design Outsider's project received the GOLD Mention The Power of Steel thanks to its skilful and innovative way of integrating steel into the entire structure, both in the walls and on the roof. The latter evokes Fuksas' steel and glass gallery at the entrance to Rho Fiera Milano. Devised by the team, the sinuous shapes embrace a 360° realisation, not only on the vertical walls but also on the different floors.

It is clearly inspired by Amager Bakke, the waste-to-energy plant in Copenhagen, which has transformed its roofs into a ski slope and a climbing wall: a virtuous example of how it is possible to turn a critical urban situation into an opportunity to create new habitable environments for citizens. And like the Danish prototype, the GOLD Mention winner is covered by an accessible green roof that incorporates nature into the architectural design.

The interest of Manni Sipre and Manni Green Tech fell on The Foundry also because of the study carried out on the entire environment, which touches on the urban, social and historical aspects, all strongly linked to Detroit's roots.

The Foundry pays homage to Detroit's past; however, the name also speaks of the industrious spirit of a people who continue to want a better future for their city. The project will help shape the Detroit of the future - an inviting destination to live, work and play - and write its return to great American history.

GUARANTEES – WHAT ARE THEY GOOD FOR AND WHAT TO LOOK FOR?
Pre-finished steel – what are the benefits and what is important to consider?
VOC Air on the side of caution
Ventilated Façade: Gold Mention of the Detroit Waterfront District contest awarded to EASY