ORIGINS OF THE dry construction SYSTEM: THE EVOLUTION OF CONSTRUCTION

ORIGINS OF THE dry construction SYSTEM: THE EVOLUTION OF CONSTRUCTION

When we speak of dry construction, we mean a construction system that is actually the opposite of “wet building”, i.e. the traditional technique that uses binders like concrete and, obviously, water.

When we speak of dry-stack building, the term “stack” refers to a “technological composition” practice that entails a composition or juxtaposition of the components, until a technological package is formed that corresponds to a service package.

Although today we mention the term classifying it as an innovation in the world of Off-Site Construction, in actual fact dry construction has a very long history.

The first pile dwellings erected by humans were actually built with the dry construction technique. People built with what was available at the time, but also afterwards.

The materials that could be used to build were stone and wood. Iron did not become a construction element until many years later.

As a matter of facts, we may speak of craftsmanship where the first dry construction are concerned.

The appearance of iron got people thinking of dry assembling in industrialised procedures.

Here are some examples of dry construction that will surely make a mark on history:

In general, drywall is considered the first example of building, probably as old as humanity itself.

No culture on the planet does not have examples of this technique since the start of our civilisation, from the nuraghi of Sardinia to the architecture of the ancient Greeks and Romans, to the altars built by the Jews and described in the pages of the Bible.

Evolution of dry construction: what are the goals today?

As the life needs of (especially) humanity evolved, dry constructiontechniques were honed.

In the past, dry construction archetypes had the following characteristics:

In the pre-industrial era, dry construction obviously differed greatly from the first ones to have ever been built; this was also due to the discovery of materials that served as “glue”.

Then, as today, the goal was to make good use of the resources made available by the local area. Nowadays, during the building’s construction, the main preoccupation revolves around energy saving and production optimisation.

We increasingly hope that, as construction evolves, this building technique that is best suited for the construction of buildings with a low environmental impact will take the upper hand.

Therefore, we can say that dry construction is a choice based on “experiments” that have had a great deal of success in the construction sector.

What are the features that make dry-stack building so attractive?

The difference between the original technique and the one introduced by Manni Group is the change to steel. The construction technique, however, is still the same; the only thing that changed is the material used for this product: steel.

The dry technique extends its possibilities to other materials, as well. We will start from there for a brief focus on dry systems that use steel. Of course, there are other types, such as wood, concrete or hybrid solutions.

Dry consists of an integrated system of pre-processed components, that may be structural or complementary.

When the building components are manufactured, they are brought directly to the worksite and simply pre-assembled in the workshop. The goal of this stage is, obviously, to guarantee all checks, tests and absolutely reliable qualitative standards.

Buildings constructed with dry systems using steel also guarantee higher levels of hygiene, since steel is not a conductor of humidity and, therefore, protects the building from it.

Today, dry are no longer just a choice but a requirement in the construction sector. The goal is to achieve even more precise building processes, reducing work times and increasing the buildings’ efficiency and duration. 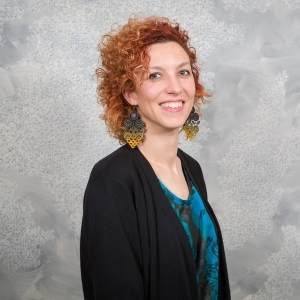 Alessandra Bellutti, who holds a degree in Architecture and Construction from the Polytechnic University of Milan, has specialised in Project Management for Manni Energy, managing worksites and onsite operations in Italy and the United Kingdom and acquiring many years of experience in the sector of energy efficiency and renewable source systems. A few months ago, she joined the Manni Green Tech start-up as Marketing & Technical Manager to combine her experience acquired onsite with prefabricated building technology, tasked with product development.