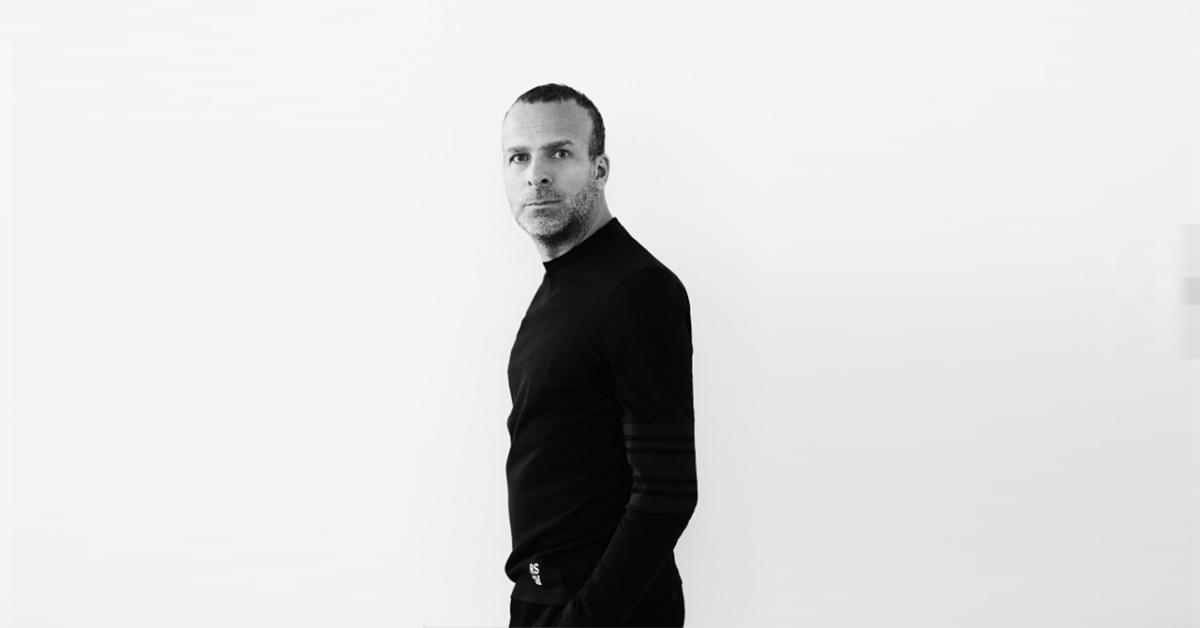 In addition to the interview, in this priceless content you will find:

Following 10 years of activity in the ranks of the world-famous British designer David Chipperfield, the Vicenza-born architect Giuseppe Zampieri founded, in 2006, David Chipperfield Architects of Milan, the Italian headquarters of the prestigious firm.

Initially in the capacity of Director and Technical Manager, in 2016 he became a full shareholder and partner of the London-based firm.

Under his wise guidance, the success of the Milan-based firm has been inextricably linked to the creation of the Flagship Store concept for the biggest names of international haute couture, such as Bally, Brioni, Furla, Persol and Valentino, as well as online retailers, such as SSENSE, or multi-brand vendors, such as Rinascente.

However, in a career that spans over 25 years, the portfolio of Giuseppe Zampieri boasts numerous international projects, ranging from urban masterplans to the design or recovery of public and private buildings between the Middle East and Italy, where his main ongoing works include:

The David Chipperfield firm works around the world on various cultural/educational projects, as well as more exclusively residential or commercial projects, taking care of all aspects that characterise the design, from the architecture and interior design to masterplanning and product and furniture design.

Museums, art galleries, libraries, private flats, offices, hotels, masterplans and commercial structures are included in the extremely diversified portfolio of David Chipperfield Architects. Here are some of the firm’s most important and well-known architectural projects:

The works we have just mentioned are just some of the more than 100 projects created by the David Chipperfield firm that have turned it into a monumental figure of world architecture.

Next to the London headquarters, the offices in Berlin, Milan and Shanghai contribute to the creation of a wide range of diverse projects, each with its own local vocation for architecture, but always following common and converging concepts and methodologies.

The philosophy of architect David Chipperfield has always been based on the idea of collaborative architecture, as well as meticulous attention to each project’s basic concept and details.

The never-ending effort to finesse design ideas, with the goal of arriving at solutions that make sense from an architectural, social and intellectual point of view, has led the firm to win, since the late 1990s, over 50 international Design Competitions, as well as several prestigious awards for the excellence of its design, among which:

All works by the David Chipperfield firm are expressions of the desire to create buildings that have an intimate connection with the urban context in which they are located and to the function for which they were designed.

Looking at the approach to design, on the other hand, it’s easy to see the attention to detail and customisation, which, alongside prototyping, is an essential part of all interior architecture projects, as the architect Zampieri also pointed out during our interview.

Now let’s discover the details of the interview that Manni Group had with Giuseppe Zampieri.

Manni Group: I identify with David Chipperfield Architects Italia mainly because it’s known for highly sophisticated projects for clients at the highest levels of the Fashion System.

In your opinion, how do the needs for customisation - characteristic of fashion houses - combine with the offsite industrialisation of construction and steel?

Giuseppe Zampieri: This is an interesting thought, especially for the world of interiors, which, as we well know, needs laser-sharp focus, as attention to detail, customisation, is part of the DNA of an interior architecture project.

Since our arrival in Italy, we at David Chipperfield Architects have had the pleasure of becoming Italian through-and-through. Since the very first interior projects, we have done our utmost to find inspiration in Italian tradition, looking to the architects of the 1950s, 1960s and 1970s, the grand masters that taught us to design interior spaces with a quality that has not been surpassed, not just in Italy but around the world.

Where steel is concerned, very often this material is not massively used in this type of project, but is used very precisely, especially as support to interior design.

Our designs have not, to date, made extensive use of steel - and metals, in general - although we did create a project in Canada for an online retailer where we used steel in much bigger quantities.

In this project, our client wanted to use more modern materials: fair-face concrete architecture on the one hand and pre-processed steel partitions on the other.

Collaboration with Manni on such a project would have been a considerable advantage, had it been possible.

Manni Group: Staying on this aspect of using steel, and always keeping in mind the rigour and perfectionism that characterise David Chipperfield Architects projects: we would like to know to what extent, in your opinion, control of worksite dynamics has an effect on the final result of the structure?

Since the translation of the design into reality is neither predictable nor simple.

Giuseppe Zampieri: Experience has taught us that working with companies that allow and help architects to bring their ideas to life in as linear a way as possible, through the worksite, is certainly an advantage.

How big is its effect? Very big.

We know that, if an architectural design is not executed in a specific way on implementation, it ends by giving results of a quality that does not correspond to initial expectations.

There’s no doubt, therefore, that the relationship with the company is of fundamental importance while the worksite is being set up, as well as during the previous stage, that of the executive plan of the works which will then go on to be executed directly on-site.

Manni group: David Chipperfield Architects is famous for extreme rigour and precise study, even during the creation of the models and concepts for each new project.

Our question, therefore, is this: is the choice of construction method - and, consequently, things such as the use of steel or other construction technologies - made in that composition stage, or is the optimal solution chosen later, once the concept has been put on paper?

Giuseppe Zampieri: Our way of working is very much influenced by the physicality of the design and of the materials. The majority of our projects, therefore, are tested from very early on using actual scale models whose scale varies from very small to very large.

The use of the material is also, from the start, an integral part of the conceptual idea, be it an architectural or an interior design.

I must also say that, where we are concerned, architecture and interiors go hand-in-hand. We consider these two aspects to be of the same importance: that is to say, we never see an interior design as being secondary to the design of a structure. As far as we’re concerned, an interior design is, for all intents and purposes, an architectural design.

Very often we create scale models directly with the materials that we’ll use afterwards. We also like to test the material’s use from the very start, with prototypes that may even be on an 1:1 scale, samples, ad hoc prototyping.

Obviously, in the case of a steel surface or structure, this working method is a little more difficult than with other materials, but that’s our way of doing things.

We all know that architecture is a unique prototype. When a structure is built, it’s unique. If, therefore, while we’re developing a project, we manage to create the best prototype and test the materials - including steel - the end result will certainly benefit.

Manni Group: When you come to see us, aside from showing you our green roof, we’ll also use our technology to show you a full-scale prototype of a new European sustainability project that we’re creating for the cladding of existing buildings, in order to improve thermal and acoustic performance. It involves an approximately 6-metre-high module, on which we have performed all the necessary tests and assembly testing.

I’d like to ask you, therefore, how important is the creation of real prototypes during a project’s concept stage, in your opinion?

Giuseppe Zampieri: Prototyping, at least as far as I’m concerned, is absolutely essential. Nowadays, with the use of computers, simulations and renderings, we’ve learned to accept the fact that the image we see actually corresponds to the finished project, to reality.

Instead, we know that the gap between an image - which is very often manipulated - and reality is very large.

We also know, therefore, that the creation of real prototypes, that allow us to see even just part of the steel panel façade of a building, is an indispensable step, because it allows the design itself to be translated - in a much more interesting way - from a merely virtual thought to reality.

Manni Group: The need to have real models or prototypes to optimise assessments in the design stage inevitably clashes with the executive part, during which we often see additional needs for modification.

What do you think of this issue?

Giuseppe Zampieri: Without a doubt, we find it a bit difficult not to see any intermediate steps between the design and the finished project. It could even limit us. However, starting with a prototype, when you go to the worksite and see the reality of an idea that you’ve imagined for months, there is undoubtedly a possibility of dialogue and improvement that is very different from a simple design on paper.