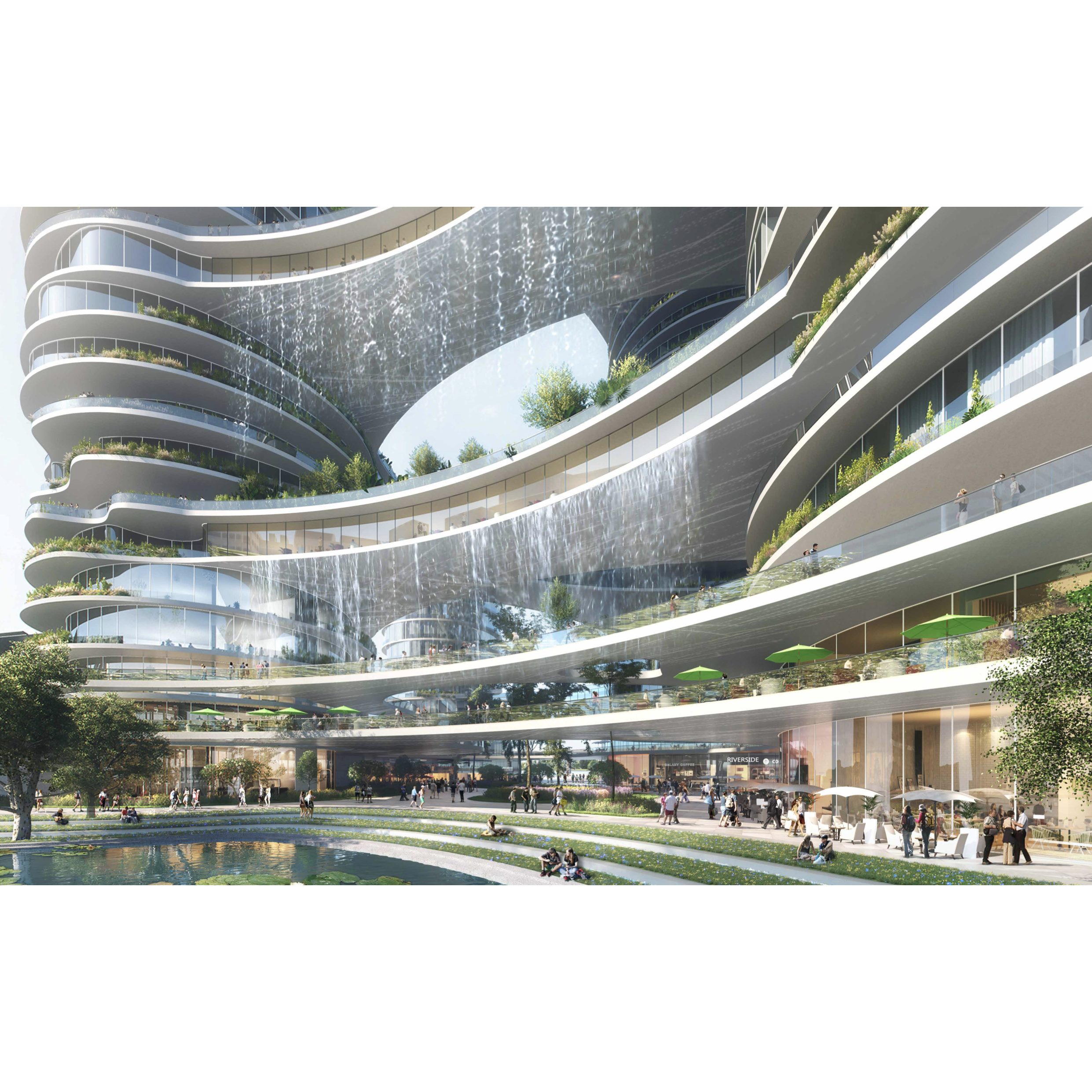 Isopan awarded Interstice the GOLD Mention 'Flat Roof Solutions' for the outstanding use of green roof solutions in the design of Detroit's new riverfront district.

Four circular towers connected by bridges full of vegetation: this is the Interstice complex, integrating nature into the mixed-use spaces and connecting the site to the river, the city, and the American region.

Flat Roof Solutions rewards the use of Isopan Isodeck PVSteel and GreenROOF solutions for flat roofs in the Manni Group Design Award, the second edition of the international architecture competition promoted by Manni Group in collaboration with YAC - Young Architects Competition and Sterling Group. 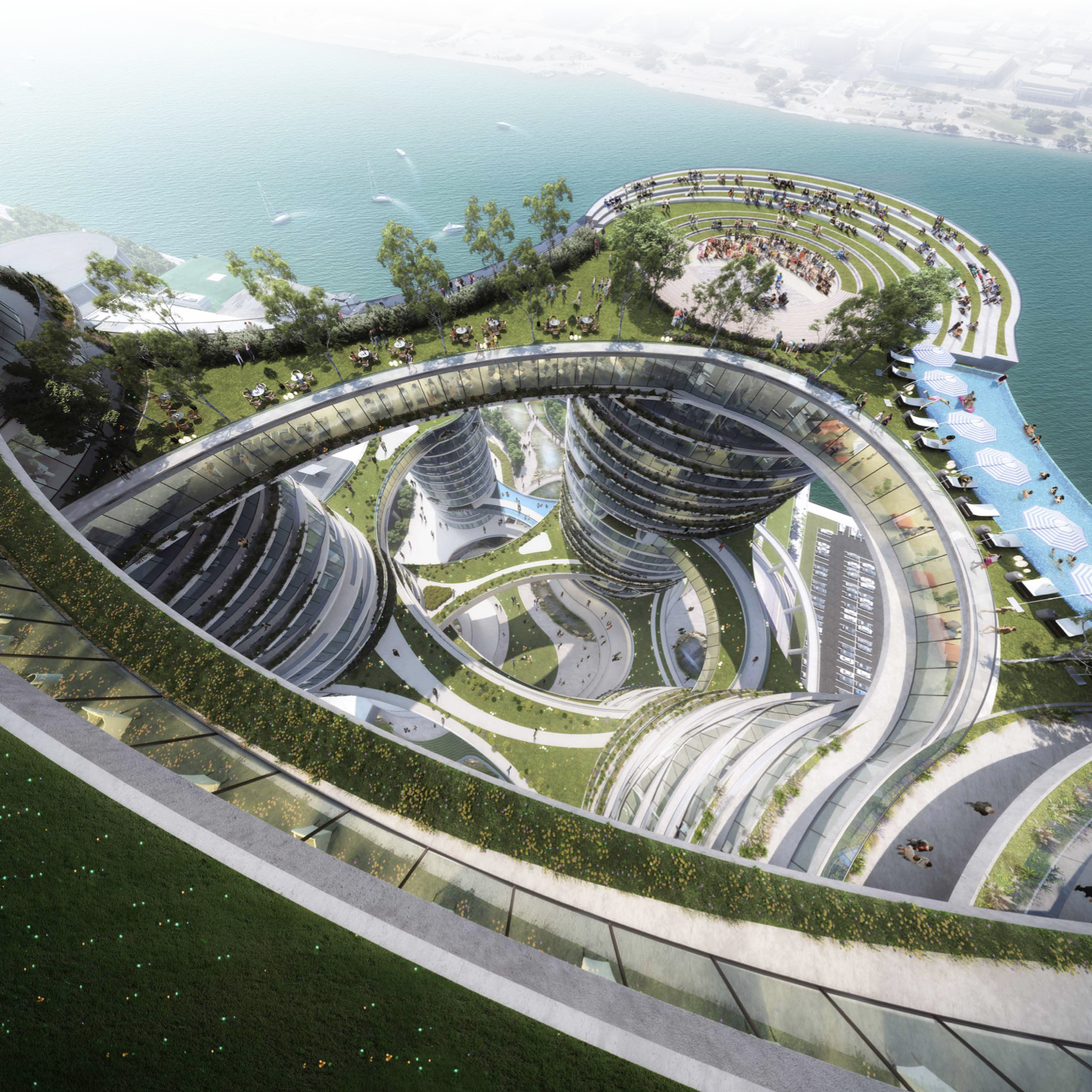 Detroit is a border city: its history is cemented in the birthplace of the automotive industry, the assembly line, sports leagues, Punk Rock and Techno. But it is also known for the polarising racial divide and the decline of the American automotive industry. It is in such moments of crisis that the true spirit of Detroit is revealed: in the empty interstices and transitions between high and low, and then high again, in an uninterrupted process of resilience.

These are the transitions, connections, bridges that the American team ELEV8 chose to highlight to celebrate the rebirth of a pioneering city. The 'in-between space' is the concept that inspires the formation of this complex full of mixed-use activities: bridges connect the towers horizontally, while the voids stacked on top of each other in the four volumes connect the bridges vertically. These connections create areas suitable for small or large groups of people, areas that also involve the plant environment. In the era of a global pandemic, these spaces facilitate the isolation of the occupants but, in an era free of any restrictions, they will become a place to gather inside and outside.

The boundaries between the building and nature are intentionally blurred, allowing the outside environment to enter and vice versa. The integrated park system that connects to the Dequindre Cut Greenway creates a direct link with nature, in all seasons, reclaiming the natural experience in the urban environment.

The project also focuses on energy sustainability: intensive and extensive green roofs protect the large windows from the summer sun, while, in the winter months, the vegetation loses its protective power and allows the building to absorb heat. 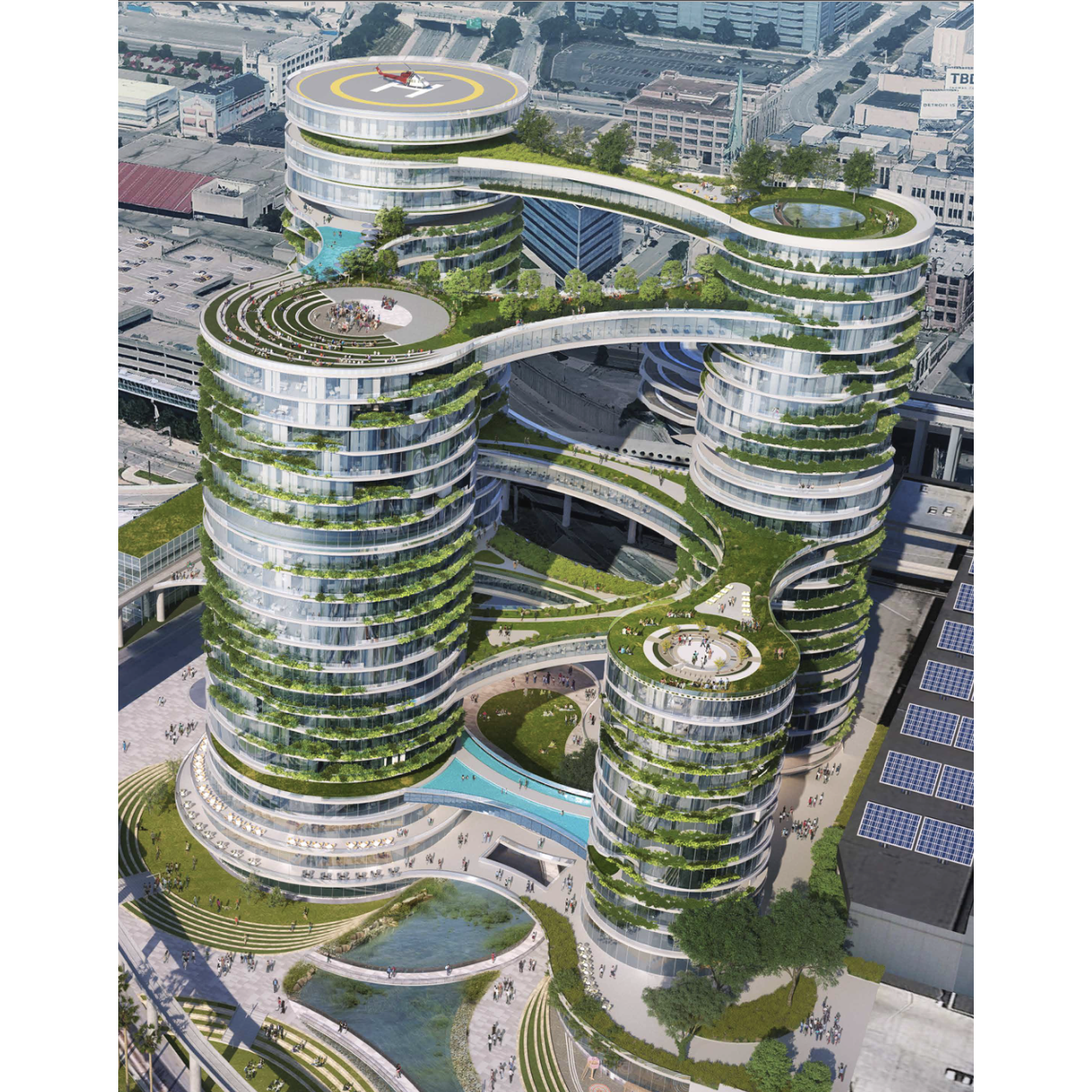 What were the reasons for Isopan to award the GOLD Mention Flat Roof Solutions to the ELEV8 project?

The choice is motivated first and foremost by the excellent use of Isopan GreenROOF solution: the green roof is applied both to the roofing and to the bridges connecting the different functional areas to encourage relationships and contact between the people who live in the Interstice spaces.

No less important is the interpretation of Detroit's character and history, shedding light on the evolving polarisation of the city itself: the winning studio physically showed this interlinking in the design through the bridges that connect and make transition between the architectural volumes.

Interstice condenses the capacity for evolution, change and rebirth of the American metropolis into its extraordinary forms. In a word, Detroit's resilience».

Detroit's future is bright because its past has experienced extremes that many cities have not. The resilience of the metropolis shows its true strength, which is held together by bridges, by connections: this is where Interstice and the true spirit of Detroit come together.